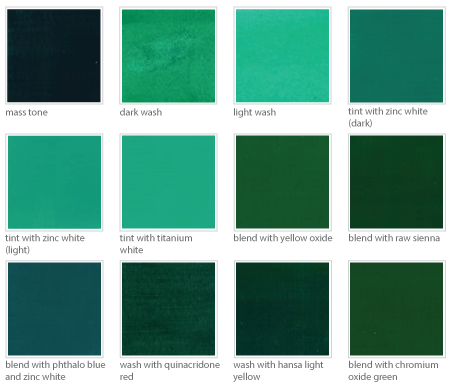 There can be no doubt of it: green scents are back – and leading the pack. Indeed, contrary to rumour, they never went away but merely sank back like fainting dryads into the groves and thickets, while more ostentatious fragrances filled the air. You don’t have to be synaesthesic to appreciate a green scent, a term I’m using here¤ to describe any perfume which exhales a sense of leafy freshness, tender buds, new grass, rainy air, country lanes: “…praise for the sweetness/ Of the wet garden”¤¤. The first cousins of the greens are the fougeres which are the evocation of ferny woodland, aromatic heath and moor. Kissing cousins are the city-dwelling chypres which owe their special magic to – amongst other things – the now controversial oak moss. But chypres have a far more sophisticated, knowing, glossy aura. Chypres are experienced; greens are naïve.

Or so the story goes, and therein lies the problem. Here’s the thing: the idea has got about that greens are without sex, and this has led in its turn to the vague notion that they are cold, uninspiring, dull, insipid. Nothing could be more misleading nor further from the truth. A green scent is in many ways the most magical of fragrances. Its lack of the animalic may reduce its obvious eroticism; but by the same token the omission, or at any rate the soft-pedalling, of those oils which so closely resemble our own DNA heighten the exquisite escapism and vivacity of this family.

For a green perfume transports us into a world of flowers and plants, the realm of the pastoral, the idyll of the fete champetre. To many people a green fragrance is what they really mean when they talk of a ‘natural’ perfume; a thing of air and fields, the morning smell of a well-stocked florists’ shop. A green scent eschews sultry sexual allure in favour of sprightly uplift, energy and confidence – none of these qualities being by any means unattractive. Health and efficiency, an upsurge of animal spirits and vitality rather than the earthy sensuality of the den or sett.

Green perfumes usually come to the fore in the aftermath of difficult times: those refreshing eaux de toilette and colognes popular after the Napoleonic Wars had distant but natural successors in the sea of green that lapped the West in the years immediately after World War II. Carven’s Ma Griffe, Vent Vert by Balmain, Green Water by Jacques Fath were all seminal and widely copied. It might possibly be claimed that Germaine Cellier’s iconic Bandit for Robert Piguet – a perverse verdigris leather launched in 1944 – actually started the trend but whereas Bandit was louche, perverse and kinky, the pure floral greens were wholesome, joyous and liberating to wear. And rich with symbolism, too: embodying a youthful crispness cleanliness and rebirth after six years of hell.

The new scents let in light and air after the dark claustrophobia of conflict: their themes were the spring wind blowing over fields of unripe corn, wild flowers and living waters. Today green fragrance is equally escapist, offering an idealised alternative experience in our bewildering, sterile, threatening and threatened world. The apparent naivety of a green fragrance fosters the illusion that it is somehow more honest and artisanal: an authentic link with a simpler pristine past. And there’s something in this. A really accomplished green scent – in much the same way as a hesperidic or a soliflore rose – is almost impossible to bluff or fake. Its luxurious simplicity demands the most cunning and resourceful of hands and noses.

Maybe there is another subconscious key to their appeal: that within the perception of apparently innocent green scents there is an alluring, even troubling ambiguity, a twist in the forked tail. Like all colours, the concept and use of green is packed with suggestion and implication. Mirth, health, growth, joy, abundance are all logically represented by the colour of spring and burgeoning vegetation. Liturgically, green is the colour of hope and resurrection. But there is a reverse side: the green-eyed monster, the witchy face, the colour that is said to be unlucky in apparel¤¤¤. Actors used never to wear it, despite their hanging about in the Green Room. Green clothes often end up on the sale racks – you notice, next time – and Harrods once had an informal policy of not stocking green ties. The Buyer told me, “we can’t shift them”. In the novel of Gone With The Wind, the ambivalent anti-heroine has green eyes and dresses almost exclusively in the shade. Wallis Simpson shamelessly presented herself at Buckingham Palace in green lame sashed with violet. Ancient art used green as the colour of the dead¤¤¤¤; the jade and emerald goddesses of ancient Mexico demanded sustenance of beating human hearts. All this adds a certain spice to what is by no means a bland colour nor a humdrum fragrance family. You have to watch your step with green – and what is more thrilling than a spice of danger?

I think you’ll find the choice of green this season energising, surprising and rewarding; so make a change for spring by choosing a new perfume and a new outlook. Let greens take you by surprise, boost your energies and broaden your horizons. Here’s 7 of the best from our sumptuous shelves:

EN PASSANT – pale and hypnotic creamy lilac buds, reflected back as cucumber green in the emerald waters of the Seine.

GREEN IRISH TWEED – the living legend. It’s all in the name!

JARDIN DU POETE – the umbrageous herb gardens of Sicily peeping out at the sun.

¤¤¤ green is not a primary colour: maybe this has given it a reputation for being ‘unnatural’? Just as early monkish scholars mistrusted the (green) apple that seemed to go against Nature and which had been the instrument of The Fall.

¤¤¤¤ see, for instance, the Egyptian depictions of the murdered god Osiris with his skin of eau de Nil.

5 thoughts on “The Wearing of the Green”