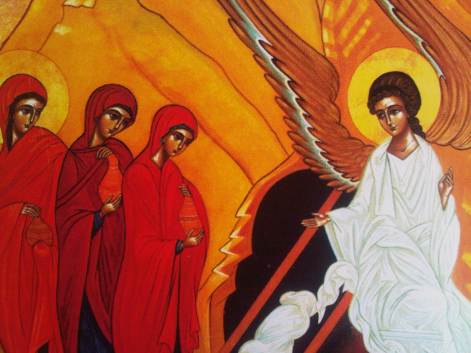 Now, every weekend when I come home it is to find a pile of the week’s newspaper clippings laid on the table for me, sourced and filleted from The Times by my darling brother.  Last Friday night, my stack of print was topped by an interview with a florist. One of her triumphs was designing a 3-D funeral tribute for a fragrant lady: it took the form of a huge flowery bottle of Chanel No 5.¤ The week’s obituaries, too, were redolent: Cliff Michelmore’s childhood was spent at Cowes, favourite haunt of yachting Royalty and ” smelling of mothballs, cigars and expensive perfume” . A former student of Anita Brookner – Neil MacGregor no less – remembered her office being suffused with scent. Brookner fans have always appreciated how frequently, powerfully and variously perfume is described in her novels: used for pleasure, for refreshment¤¤; as a purge or as a malign weapon of the predatory. I often used to see Dr Brookner, endlessly walking around London; wary and remote as Garbo, usually wearing an immaculate navy reefer jacket and flats. Once, she looked through the window of Les Senteurs but alas! she entered not.

We approach Easter and our minds seem fit to burst with comings and goings. It’s an emotionally thrilling and consequently exhausting time. Winter, slowly this year, gives way to spring; the clocks go forward ¤¤¤; death is succeeded by rebirth. We are drained and refilled, as with a transplant of blood. The smells of Easter should billow forth with gusto and extravagance. The first ceremonial cutting of the grass (already done, with immense relief); the daffodils and hyacinths; the Festive baking and entertaining; the painting of the eggs; the lilies and incense in the churches; the greedy chocolates; and the fragrant embalming spices of the Tomb.

It is these last that we celebrate in a curious form; nowadays probably quite unconsciously so. For the “…mixture of myrrh and aloes, about a hundred pound weight..” and the “sweet spices” brought by Nicodemus and by the Myrophorai to the Garden of Gethsemane are supposedly the inspiration for our modern hot cross buns. The sweet smell of cinnamon and nutmeg, the sugar and the fruits are the richly symbolic culinary descendants of the precious oils used in the ancient middle eastern cultures for the final anointing of the body for the tomb. You can smell another, more elaborate, interpretation of this heritage at Les Senteurs in ANUBIS, that Papillon masterpiece which celebrates the funerary rites of old Egypt and the mysteries of the Pharaonic tombs. For the Egyptians perfume was both a preservative and, more especially, a spell to revive the dead through the arts of Isis, mistress of fragrance and its concomitant necromantic magic.

Hot cross buns are one of the last accessible remnants of medieval folk religion. A thousand years ago spices and dried fruit were unimaginable delicacies, reserved for the banquets of Heaven and Earth. We all know the comical story of Queen Elizabeth refusing to be be fobbed off with five emeralds “the size of a man’s finger”, insisting rather that Francis Drake hand over his cargo of black pepper from the Indies. Today we can pick up six “luxury” fruit buns for under £1, but for some of us they still have something of the uncanny and the charmed about them. 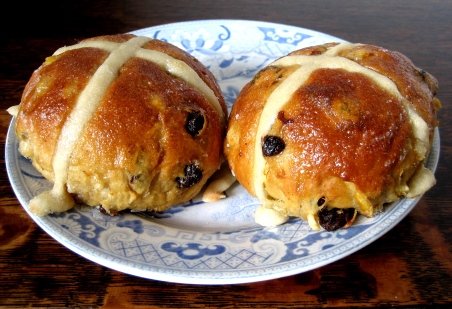 My grandmother (and, unconsciously or not, she was echoing Elizabeth Tudor’s legislation here) insisted that hot cross buns should be eaten only between Good Friday and Easter Monday. My mother was very dubious – scandalised indeed – about their appearance at other times of year. Much of this attitude and mystique has rubbed off on me. A bun baked on Good Friday is supposed never to go stale or decay; a piece broken from it will cure the sick or guarantee safe passage to a ship at sea. I have never yet put these attributions to the test, partially because I also grew up with the received idea that one may steam fish¤¤¤¤ on Good Friday with a clear conscience, but cook nothing else.

But the fragrant aroma of a sweet-scented hot cross bun, warming in the oven, is wonderful! No doubt its olfactory piquancy is enhanced by all  these guilty confused thoughts, conflicting emotions and memories of Easters long past. It is one of the quintessential Paschal smells, wafting up the stairs as early morning tea is brewed. Although, perversely, for myself hot cross buns, as they say of revenge, are a dish best served cold. The fruit, unheated, tastes juicier. But – as Lillian Gish used to say – judge for yourselves.

Wishing you all a very Happy and Radiant Easter!

¤ myself, I’d be glad of a flacon of Creed, when the time comes, wrought from fancy dyed green carnations and gardenias. An apt summation of my career.